Raising a child in the cyber-centric age that we are in, brings with it a whole host of debates to be had. At what age should children get a mobile phone? Should mobiles be allowed or used in schools? How much time is spent on them?

loveit coverit have created an ongoing wide-scale campaign that looks into the impact that smartphones have on our everyday life. One aspect of the project investigates the positive and negative effects that mobile phones have on childhoods, and discusses topics like cyberbullying, school policies and the role that charities and the authorities play. The campaign features interviews and quotations from a secondary school headteacher, a representative from the charity Childnet, a psychologist and an editor from a teaching magazine. This infographic summarises findings from our independent research which surveys parents across the UK and demonstrates the primary concerns of parents, how they monitor their children’s phone usage and at what age they would give their child a phone.

An infographic by loveit coverit

Content crafter at Infographic List. Maria Kennedy is a content creator by day and a yogi by night. When she is not working on her blogs, you can find her playing with her three boys or travelling in their van. Don't miss out on her travel and food blog >>> Travel for Food Hub.
Previous Social Commerce Statistics
Next What to do if you found a baby raccoon 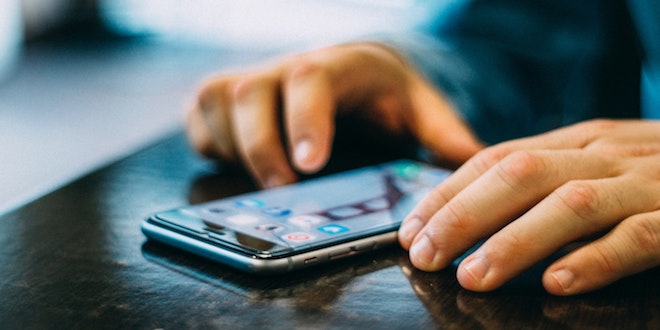 What is an eSIM? Your Questions Answered

Is There Spy Software on my Cellphone?

A study has revealed that an individual looks at his phone 110 times a day, …