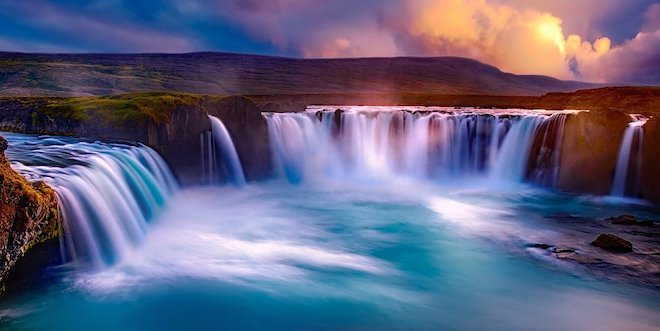 Do you like to try unusual and exotic foods? Iceland is a beautiful island nation on the edge of the Arctic Circle where you can taste a unique selection of strange dishes.

The Land of Ice and Fire also boasts an amazing range of natural attractions. In Iceland, you can walk atop a glacier and explore inside ice caves. You can bathe in volcanic hot springs. And you can watch geysers shoot steaming water high into the air.

Many of Iceland’s waterfalls will leave you breathless. In the summer, you can watch the whales off the coast, and in winter you can admire the Northern Lights. Iceland is a great destination for bike tours and hikes.

Why not combine a hiking or cycling vacation in Iceland with a food tour?

Because Iceland’s climate is subarctic, traditional foods are relatively low in vegetable and grains. Seafood is important, but due to the long winters, traditional dishes usually involve preserved meat and seafood. And because of the general scarcity of all food types, every part of a fish or animal is consumed.

So, prepare yourself for meat and fish that is dried, fermented, salted, or smoked. And don’t turn up your nose at fermented shark or baked sheep’s head.

Most restaurants serve “fish of the day”. This is typically cod, haddock, monkfish, or salmon, depending upon the season. Often, the seasonal white fish is made into a delicious fish stew called plokkfishkur. This is made from potatoes, onions, flour, milk and white fish.

If you want something uniquely Icelandic, humar is a variety of lobster found in the North Atlantic along the southern coastline of Iceland. Humar is popular among Icelanders because of its tasty and tender meat. You’ll find humar baked, fried, and grilled. Sometimes you’ll see it used as a pizza topping!

However, the delicacy most visitors to Iceland cannot resist sampling is hákarl, which is fermented Greenland shark. Traditionally, the shark meat is buried in the sand for 3 months and then hung out to dry for another 4 months. The locals eat it all year round, but most tourists are not impressed.

If you fancy a snack on the go, try harofiskur. This is dehydrated stockfish that you’ll find sealed in bags and eaten just like potato chips. It is essentially fish jerky.

Wheat is difficult to grow in Iceland, so bread is traditionally made using rye. While Iceland boasts many varieties of rye bread, such as rugbrauo and flatkaka, the one you really must try is hyerabrauo.

Hyerabrauo is a dark, sweet-tasting rye bread. It is baked inside a pot that is buried in the ground beside a hot spring. Geothermal heat then bakes the bread. A popular place to try hyerabrauo is Fontana Spa and Hot Springs on the side of Lake Laugarvatn.

At Lake Laugarvatn, you can enjoy bathing in the hot springs or alternatively step into a sauna powered by the steam from the springs. The lake is a popular hiking and camping destination. But if you decide to hike there in winter to admire the aurora borealis, you should ensure that you wrap up warm with plenty of layers and hiking pants.

Sheep are the most common farm animal in Iceland, so lamb is on the menu. But you don’t have to eat the head if you don’t want to!

The easiest way to sample Icelandic lamb is in a traditional soup called kjötsupa. This is consumed over the winter months and is made using the toughest cuts of mutton. Hangikjöt is a traditional variety of smoked lamb that is served boiled, also during the colder months.

Icelandic lamb has a unique flavor. The sheep here eat a variety of berries, grass, and seaweed, which makes their flesh mild and tender.

If you are curious and want to try a sheep’s head, you’ll find it listed on the menu as svið. But, believe it or not, it’s not the most grotesque thing on the menu. Watch out for hrútspungar. I’m not going to say exactly what these sour delicacies are. Let’s just say they were of utmost importance to the ram.

Icelanders will eat any animal found around their island. This includes horse, puffin, and whale. Although the international community is concerned about the numbers of whales and puffins found in the wild, they are still considered fair game in Iceland.

Perhaps the strangest Icelandic sweet is rugbrauosis. This is ice cream made from rye bread! Other popular desserts include cinnamon bread coated in chocolate or caramel (snuour) and pönnukökur Icelandic pancakes.

However, the most common Icelandic dessert is skyr. This is a unique dairy product consumed like yogurt. Skyr is a variety of sour milk cheese, typically flavored with vanilla or fruit and sweetened with sugar or honey.

It’s cold up there near the North Pole, so not surprisingly the Icelanders have a national liquor to warm their noses. Brennivín is a form of schnapps made from potato mash or fermented grain with caraway flavoring. It translates into English as “burning wine”.

Few places in the world combine such an amazing selection of natural attractions and interesting food. With glaciers, volcanoes, and boiled sheep’s heads. You’ll make memories you can never forget.

Content crafter at Infographic List. Maria Kennedy is a content creator by day and a yogi by night. When she is not working on her blogs, you can find her playing with her three boys or travelling in their van. Don't miss out on her travel and food blog >>> Travel for Food Hub.
Previous Promotional Badges Still Matter to a Business: Here Are All the Reasons
Next 7 Best DIM Supplements Sold on Amazon 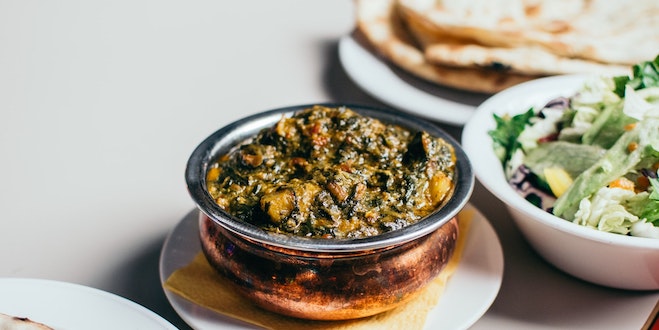 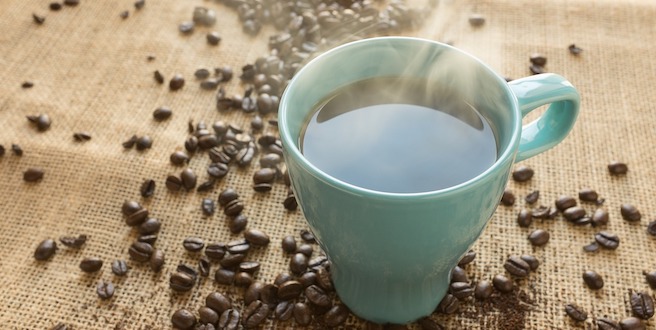 Coffee Pairings Around The World #infographic

The San Francisco is brimming with the bars. But what does make a wine bar …